The London-based design agency Zak Group has art directed the first issue of the relaunched Fact magazine, a leading voice in the global conversation on electronic music since the early 2000s. Zak Group partnered with Fact to refocus its identity and amplify its message through a new bi-annual print magazine. The Fall/Winter 2020 issue marks an editorial move towards the intersection of audio and visual art forms, featuring four cover stories by Ryoji Ikeda, Kelsey Lu, Pan Daijing and Kahlil Joseph.

Over the past two decades, Fact has established itself as a leading voice in the electronic music community. Originally founded in 2003 as an underground magazine Fact later became an influential online platform.

The commissioned content of the new magazine features contributions by a diverse community of writers, image makers and artists. Its launch coincides with Fact’s new curatorial programme, introduced by the forthcoming major solo exhibition of Japanese artist Ryoji Ikeda. In 2021 Fact will open Fact Space, a 20,000 square foot art space located at 180 The Strand that builds upon the success of previous exhibitions at the venue, including the Hayward Gallery off-site exhibition The Infinite Mix and Love Is the Message by Arthur Jafa.

According to editor Sean Bidder “the new identity speaks to all our audiences, both the long-standing Fact reader and those interested in the new wave of artists at the intersection of electronic music and immersive experiences. Zak Group was the perfect match for this collaboration with their shared interests and strong background in the cultural landscape, connecting music, art, fashion and visual culture."

Zak Group worked with Fact to develop a cohesive identity to be used across Fact’s print and digital outlets. The new Fact logo features extended letterforms and highly contrasting counterspaces fused into a single graphic element. The logo connects the futurist origins of pioneering audio technology from the 1960s and 70s with contemporary digital culture. The magazine’s elastic visual language responds to a new wave of audio and visual art practices while its typographic systems and rule-based layouts create a collision between text and imagery.

Art director Zak Kyes describes the new print magazine as “an amplifier for the art and music community, securing culture’s place in the public discourse at a time when it’s the most needed.”

The Fall/Winter 2020 issue of Fact is available to buy online at The Vinyl Factory and Boutique Mags. It will be distributed internationally. 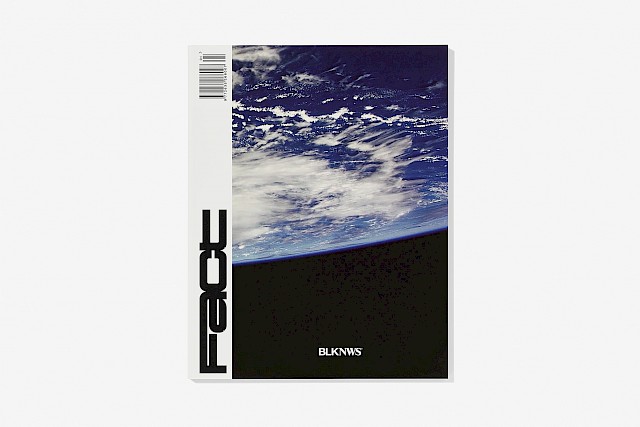